First Grand Assembly of the Alliance of Mother Nature’s Guardians

From October 11 to 16, 2017, the first Grand Assembly of the Alliance of Guardians of Mother Nature was held in Brasilia. For five days, nearly 200 indigenous representatives from all around the world and leading conservationists discussed about global issues for the future of humanity: climate, biodiversity, environment, energy, technology, conflicts, human rights, rights of nature …

Together, inspired by the problems, challenges and solutions found on the traditional territories of the indigenous peoples of all continents, be they are forests, islands or the Arctic, whether they livie in the desert, in the steppes, in the mountains, they have written a declaration to inspire a global strategy for the protection of the planet, for peace, for future generations.

The other objective of this Assembly was to strengthen the bonds between participants, to help establish permanent bridges between geographically distant peoples, for future joint action.

This site is dedicated to the promotion of the proposals and recommendations of the Alliance of the Guardians of Mother Nature to the States, and the call to the mobilization of the general public. 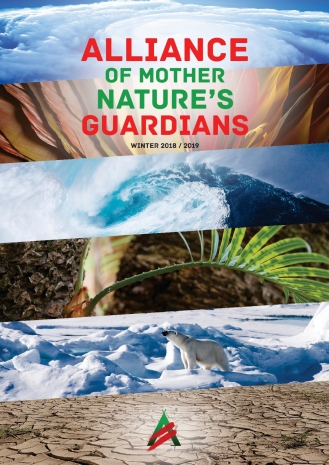 A worldwide call to the states and humanity for the preservation of life on the planet and future generations.

Dear guardians and children of mother earth, dear donors of the Alliance.

Here is the final declaration of the 2017 Grand Assembly in four languages:

We're not around right now. But you can send us an email and we'll get back to you, asap.